Government of India Bans use of Hydroquinone in Cosmetic Products

Hydroquinone is popular for its skin-lightening properties in cosmetic markets. Hydroquinone cosmetic market is a multibillion industry. They also are marketed worldwide for reducing age- related spots and blemishes in the skin. Research show some evidence in animals that hydroquinone may act as a carcinogen. However, its cancer-causing properties have yet to be proved in humans. Hydroquinone is also associated with a medical condition known as ochronosis in which the skin becomes dark and thick. Some studies even show the abnormal function of the adrenal glands in people who are using hydroquinone containing cosmetics. The toxic cosmetic products like bleaching creams, skin lighteners, pigment gels, spot treatments and many popular anti-aging products containing hydroquinone are being sold by rogue retailers, and online and at car boot sales and market stalls. Some scientific bodies hydroquinone as “the biological equivalent of paint stripper,” which removes the top layer of skin, increases cancer risk, and cause fatal liver and kidney damage.

According to industry experts, many of these creams containing hydroquinone are not allowed to be sold in the developed world. Several countries including the US, Japan and Australia have either banned or imposed regulations on the OTC sales of hydroquinone products. Now, Government of India put a ban on Over-the-Counter (OTC) selling of hydroquinone, termed as Benzene 1,4-diol or quinol, a strong bleaching agent sold from April 1, 2019, as their unchecked usage can cause redness, inflammation and discoloration and in chronic health issues.

Hydroquinone is a prescription drug all across the globe for a long. But in India, it was not a prescription drug. So, companies sell hydroquinone irrationally as an ingredient and sell it to anybody. You will need a doctor’s prescription to buy these products as per the law. The chemist cannot give hydroquinone-containing cream to anybody without a doctor’s prescription. Its usage can cause skin irritation, rash while over-use or long-term usage can damage the skin, which cannot be treated. However, earlier skin specialists have been using it to treat freckles, melasma, and general brown patching.

The amendment to the Drugs and Cosmetics (D&C) Rules of 1945 to bring hydroquinone containing creams under Schedule H will come into force on April 1, 2019. This is due to the Drugs Technical Advisory Board. Last year, the Ministry had placed all pharmaceutical formulations containing steroids for external use under Schedule H of the D&C Act to stop their OTC sale. This is following a public interest litigation filed in the Delhi High Court by the IADVL, seeking a ban on the manufacture and sale of skin creams potentially harmful ingredients.

The bottom line is consumers should always check the ingredients of their cosmetic products, be suspicious of very low-price tag on the cosmetic product which are likely to indicate the lotion is fake and potentially harmful, and avoid using a product containing hydroquinone. 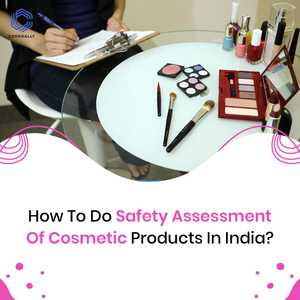 How To Do A Safety Assessment Of Cosmetic Products In India? 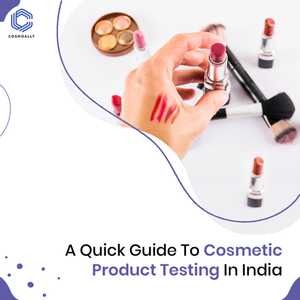 A Quick Guide To Cosmetic Product Testing In India 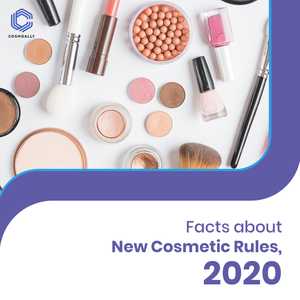 The Ministry of Health and Family Welfare, with its notification, has published the cosmetic rules, 2020 on 15th December 2020 which grants license and registration for importing cosmetic products into India. Several new definitions are introduced in this New Cosmetic Rules, 2020 like Actual Manufacturer, Legal Manufacturer, and New Cosmetic. As per New Cosmetic Rules, 2020, “Actual manufacturer” regarding the import of cosmetics means a person who manufactures cosmetics at his manufacturing site in a country other than India approved by the National Regulatory Authority or any authority. 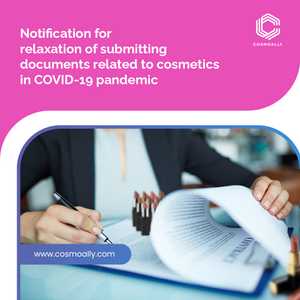 It wasn’t until 2020 that COVID-19 became an important factor of import in the personal care and cosmetics industry. But by now, you will agree, no matter where in the world you are, the virus has changed things around you. Due to COVID-19, various stakeholders of the cosmetic industry like manufacturers, importers are facing difficulties […]

The form was submitted successfully.